LEAVING A LEGACY OF A MAN WHO LOOKED BEYOND HIMSELF

“When I saw my first computer, at around the age of 10, I instantly fell in love. Since then, my passion for computers, especially software programming, has been growing more and more every day. It is this passion that led me to pursue Computer Science at my University of choice, Dedan Kimathi University of Technology (DeKUT). I chose this University because even in high school, word about its prowess and success stories in technology had gotten to me. I therefore simply made a decision to choose nothing but the best.”- Reuben Kihiu

Reuben Kihiu is our 3rd Year 2nd Semester student pursuing B. Sc in Computer Science. He is a Web Developer, who has dedicated most of his time and effort leveraging the web and its almost infinite capabilities in solving problems, creating business value and enhancing connectivity. In addition, he is a Software Product Designer and Graphics Designer. He says that when he is  not coding, designing or teaching students how to program, he loves attending and organizing hackathons both at the University and all over the country. Besides all the tech and computers stuff, Reuben is a fitness and body building enthusiast.

Reuben is the current President of Computer Society of Kimathi (CSoK), which is the biggest tech community in the University. He is also the Lead, Developer Student Clubs; a club by Google Developers where students are taught and guided in various technologies such as Web and Android development. In line with that, he is also a Google Developers Group (GDG) Nyeri, Co-Organizer - geared to equip and guide developers, not only at the University, but around Nyeri and Mt. Kenya Region. “As a DSC DeKUT, GDG Nyeri and CSoK Lead, I have always been challenged to learn new technologies and to share what I have learnt with the tech community. I am motivated by a desire to give back to the community using my skills and have fun while doing so. The most important work of my life is my service as a volunteer and leader because it is where I get the chance to interact, mentor and give back to the community” – he expresses. 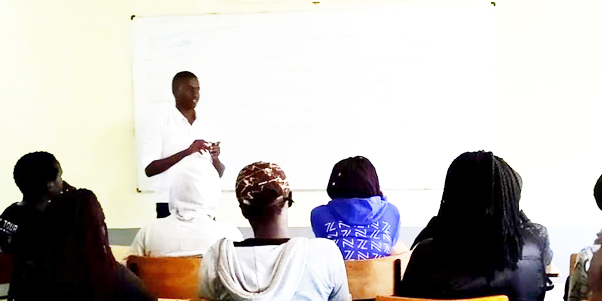 Outside the University, Reuben is a Technovation Girls Mentor; Technovation is a global program that seeks to train young girls in high school on how to develop software from a young age and use the skills to solve problems in their communities. He is also a tech mentor who works with students and tech communities ranging from high schools to students in other Universities. 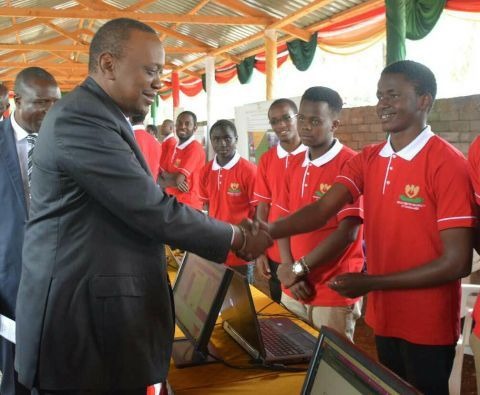 “In all this, I am most grateful to the University for all the opportunities of learning and exposure. Since my first hackathon when I was just a month old at DeKUT, I have experienced immense support from the University, both from the administration and from DeHUB; our innovation and incubation center. My dream is to see many more like me, and even better than me pass through this great institution and go out there to make marks in the world; to make the world better. It is because of this dream that I do everything I can to train, mentor and develop many others like me both in and out of DeKUT, and give them the skills to build on and change the world. As I look forward to finishing my degree in a year, this is the legacy I would like to leave. The legacy of a man who looked beyond himself”- this is what Reuben said when asked for a parting shot.

After completing his degree in Computer Science, Reuben desires to be immensely involved in the design and development of software. Later, he looks to lead his own startup and use his skills and experience to solve problems and improve the lives of not only those around him, but also of millions all over the world.

Go forth and leave a legacy Reuben! Dedan Kimathi University of Technology is proud of you.