STUDYING ONLINE,THE AWAITED RETURN AND THE EXPERIENCE AFTER

“Will I pass or will I fail a unit or two? What will I tell my parents if I fail? How will I pay for my supplementary if I fail?” These are the questions running through comrades minds at the moment. Are you wondering why? Let’s dive in!

Monday, 26th October, 2020 is a day to remember. After spending more than half a year at home, comrades at Dedan Kimathi University of Technology (DeKUT) were excited to come back to the University premises. Finally! Back to freedom! Back to their friends! And back to no more restrictions from their parents. No more house chores to do. No more unending ranting from their parents due to small mistakes at home. However, it was not all fun and games as comrades were counting days to the commencement of their examinations; putting pen on paper for the first time after more than ten months and having done their semester online wasn’t something they were looking forward to. The move by the University’s administration to have online lectures was a good one even if at first, comrades were against it (the change was challenging) but later they saw the other side of the coin – a semester not lost and progress in their studies.

Online lectures were a walk in the park - not because they were easy and well understood but because one just needed to login and leave the meeting running as they do other things; most of them being on Netflix, in the shamba or just sleeping. Academic laziness shot all the way up as a mercury thermometer under a COVID 19 patient’s underarm. As a result,the content grasped by the students was minimal and yet, it was time to put our knowledge to the test. School of engineering students were lucky (or unlucky) enough to be having lab sessions after resumption. Those who were desperate to save their semester in the few days before the examheld group studies after lab sessions. They would surround the “chopi”of their class as he/she explained to them the important concepts to grasp. Others would go and hangout with their friends as they trade stories until the end of the day and on the following day, they would just press the repeat button; they applied the “free – style” strategy.

The university followed the Ministry of Education and Ministry of Health’s directives from the phased reopening to designated washing points set up on all entrances, hiring more security guards to enforce the rules, having everyone’s temperature checked using pyrometers, having DeKUT made and branded hand sanitizers at all entrances to lecture rooms, setting aside some internal hostels to be quarantine zones, social distancing - all was considered. Speaking of social distancing, this was perhaps one guideline that comrades felt worked against them in the exam rooms; the long distance between them in exam halls under the circumstances robbed them of any opportunity to have what they call “harambee”in those rooms. To the left, to the right, in front and behind, the person seated next to he other seemed to be a mile away.It was every man for himself.  No more snooping on your neighbour’s answers while the invigilator is looking the other way. Even with the eyesight of a bald eagle, one couldn’t see a thing! It was truly every man for himself.The exams were tough! After putting the last full stop on each paper, this went around:‘Na hiyoni sup ingine’; meaning, that’s another supplementary exam coming. If one was busy Netflixing and YouTubing during online lectures, this was the week for them to learn a lesson. 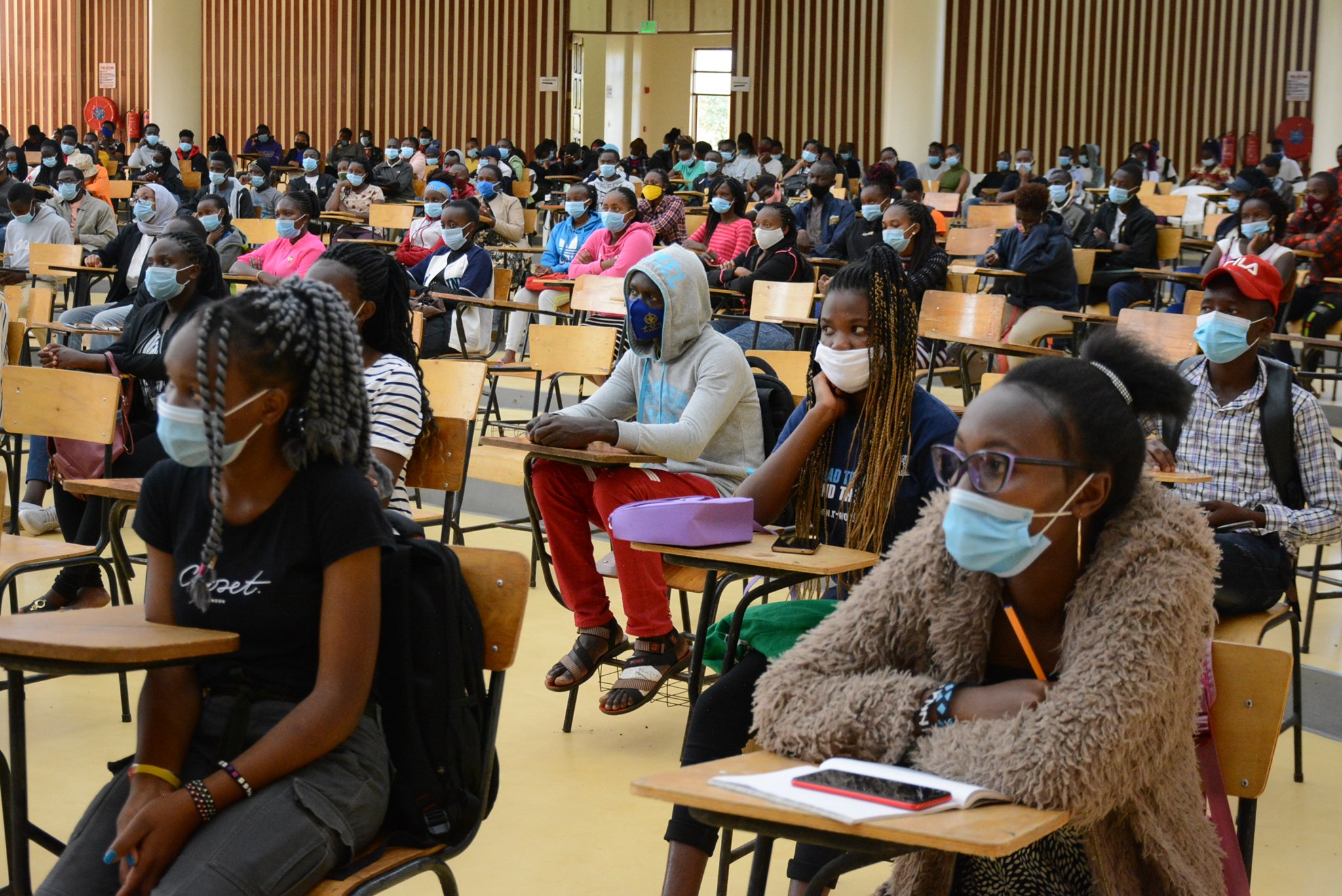 As we move on with this new semester that has been made possible by the collaboration and teamwork among the management, students and the faculties personnel; this time using the blended system of teaching - a combination of both online and physical lectures, we are excited to be among the lucky students whose progress in our studies has not been altered much. If one did not learn from the just concluded exams (in November) that he/she should pay more attention in class, future exams will not be any easy. 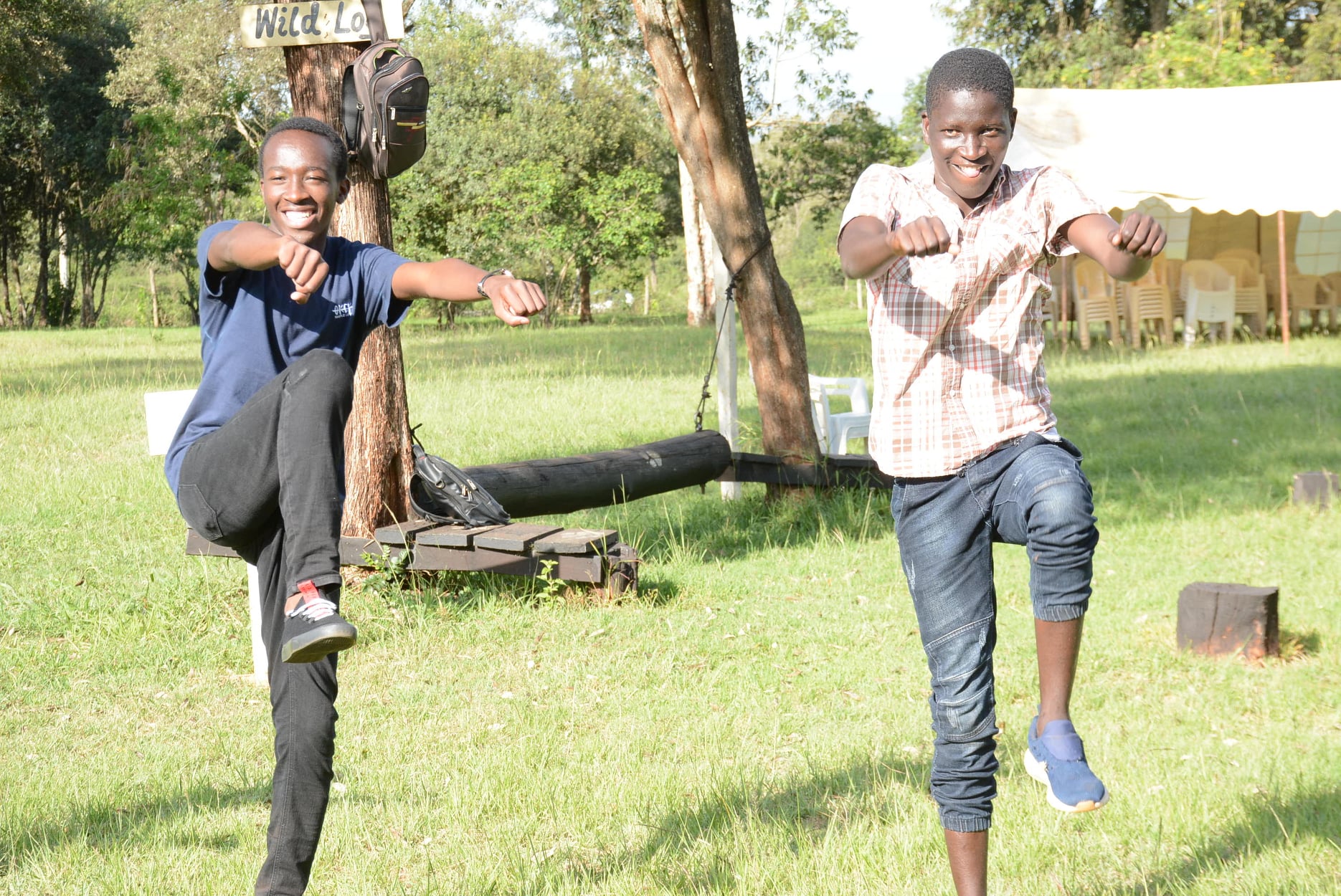 From the position of the institution, we recognize our students as the heart of DeKUT and are very happy to have them back. We look forward to a smooth year with a lot of achievements to celebrate.