“I joined the university in 2016 and I will be honest, joining any university wasn’t anything I dreamed about. I always wanted to complete high school and join an aviation school and become an international pilot. Unfortunately (or fortunately), that never happened. I ended up joining Dedan Kimathi University of Technology (DeKUT) for a degree in Electrical & Electronics Engineering and within the first two weeks after joining the University, I found a new lifestyle – technology. DeKUT has really shaped my journey in tech and I now understand what it means when we say “Better Life through Technology” – the University’s slogan. The way the institution has embraced innovation and supported tech communities gave me an opportunity to thrive.”- Joshua Ndemenge

When you meet him, he is a simple young man but if you’re keen enough you will notice the weight he gladly carries on his shoulders; the weight of the responsibility to make the world better through the one way he has mastered and continues to; technology. As we start the year 2020, we gladly share his story with the world.

Joshua is our fourth year student and represents many of our students and alumni who demonstrate how quality education and a quality, enabling environment can transform students and the world.Inspired by Marvin Ngesa, Arthur Kennedy Otieno and Chris Barsolai (our alumni and students then), Joshua found his landing in technology and developed immense interest in that world.“To this very day I remember Marvin mentioning DeKUT to be Africa’s MIT, and that’s when I decided to join the Tech Communities in school. It was the first time I also owned a Personal Computer and learning the different tasks I could achieve on this device pushed me to want to know more; beyond what windows and office are, to really knowing how they are built, and that’s where my passion for Microsoft Technologies begun. During the day I was an electrical engineering student and during the night an MVA (Microsoft Virtual Academy) student and that’s how I learnt to write code within my first semester in school. I went beyond learning C# programming to learning Internet of Things (IoT), Artificial Intelligence (AI) and Cloud Computing”- says Joshua. 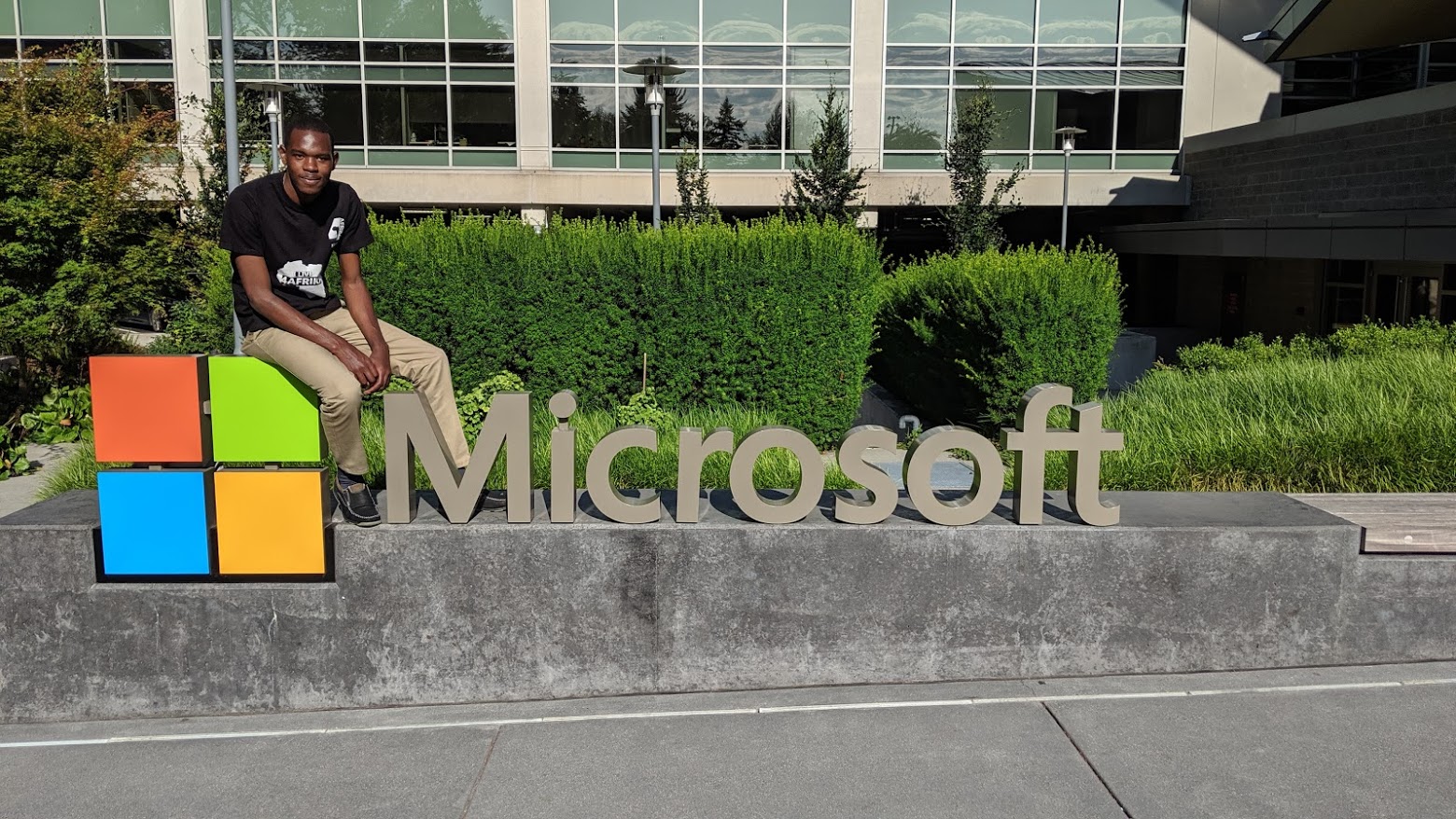 Joshua did not find a made path that he just walked through but it’s he who created the path through which many students have walked and are thriving working together as the MSP DeKUT Club. This came about through him taking the initiative to share with his fellow students what he had been learning in the Microsoft Virtual Academy. He was doing so well at this that in September 2018, he got accepted into the Microsoft Student Partner program. This, he says, was his first major achievement since he joined the Tech Community. He organized his first event on Internet of Things as a Microsoft Student Partner (MSP) in DeKUT and the event drew attention of students from JKUAT and Multimedia University and in December 2018, he organized an event in Multimedia University; this marked the dawn of him running tech events outside DeKUT. You can find all major events he has organized so far here https://standwak.com/events.

In March 2019, Joshua was selected among the most active and outstanding MSPs in the Europe Middle East and Africa (EMEA) Region and attended the MSP Summit in Amsterdam, Netherlands. This was a dream come true as he had wished for this whenhe saw Marvin (one of the students who inspired him to venture into tech)travel out of the country to attend tech conferences while still a student. This got Joshua hoping that one day, that would happen to him and sure, it did.It was in this same year that the opportunity to be an Instructor in the United Nations Human Settlement Program (UN-HABITAT) Internet of Things Makerthon Challenge towards Sustainable Development Goals knocked Joshua’s door and he welcomed it with open arms. Joshua went ahead and organized the first ever Engineers’ Hack which he says was one of the most successful events he ever organized; there were 72 participants from 7 different institutions in the country. In July 2019, Joshua was named among the 10 insider2campus winners and won a trip to Microsoft Campus and an opportunity to participate in the largest private hackathon in the world; the Microsoft Hackathon. “This is a hackathon that is open to Microsoft employees only and having a chance to participate in such ahackathon was a huge privilege”- he elaborates.Joshua wasone of the twoparticipants from Africa and the youngest individual among the 10 winners. 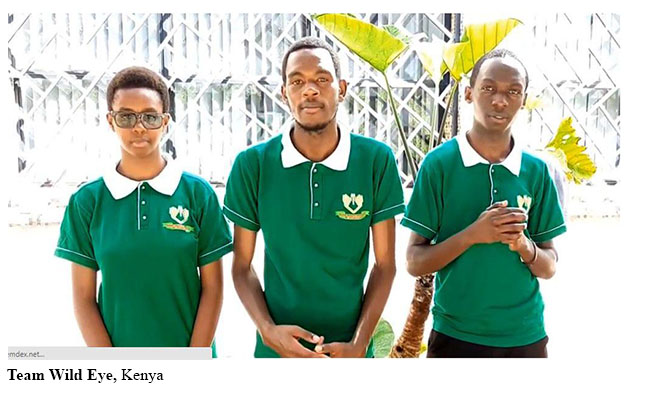 As we publish this story, Joshua and his team; comprising of him, Clinton Oduor; a 3rd yearElectrical & Electronics Engineering student andJulia Muiruri; a 2nd yearB.Sc. Information Technology student here at DeKUT have just been named as part of the top 10 Imagine Cup 2020 EMEA regional finalists through their project, WildEye_KE; an innovation that seeks to bring technology to the wild to monitor & track animal activities & notify authorities in case animals stray away from the wildlife protected areas (WPAs), reducing poaching & human interaction with wild animals away from WPAs. He will be proceeding, with this team, to battle it out with the other teams from Europe Middle East and Africa(EMEA), Asia and America in Amsterdam, Netherlands in March this year. On behalf of his team, he recognizes and appreciates their mentors throughout the project: Dr. MainaCiira; a Senior Lecturer in the department of Electrical & Electronics Engineering and a Data Scientist and Mr. Kenneth Njihia, the Project Coordinator of the University’s Innovation and Incubation Hub (DeHUB). Joshua also expresses his heartfelt gratitude to the Vice Chancellor, Prof. P. NdiranguKioni and the University Management for their support towards ensuring that students have the right environment and exposure to pursue and explore the space of technology, research and innovation. “I can attest I haven’t faced the many challenges most student ambassadors go through in setting up tech communities. This is because DeKUT has supported us fully. In early 2018, I could not access Microsoft Azure (a cloud computing service from Microsoft) which is accessible to students for free using their student emails. I did not know who to report this issue to and so I sent an email to the Vice Chancellor using the email I found on the school website (vc@dkut.ac.ke). A few weeks later, the issue was resolved and we got access to azure. I also remember in 2018 when I organized the first event as a MSP and we were winding up at around 10 pm when the Vice Chancellor came by and asked what kind of support we needed in the future and most of the issues we raised have already been addressed”- Joshua reminisces.“It’s no wonder we have a strong tech community here at DeKUT”- he adds. 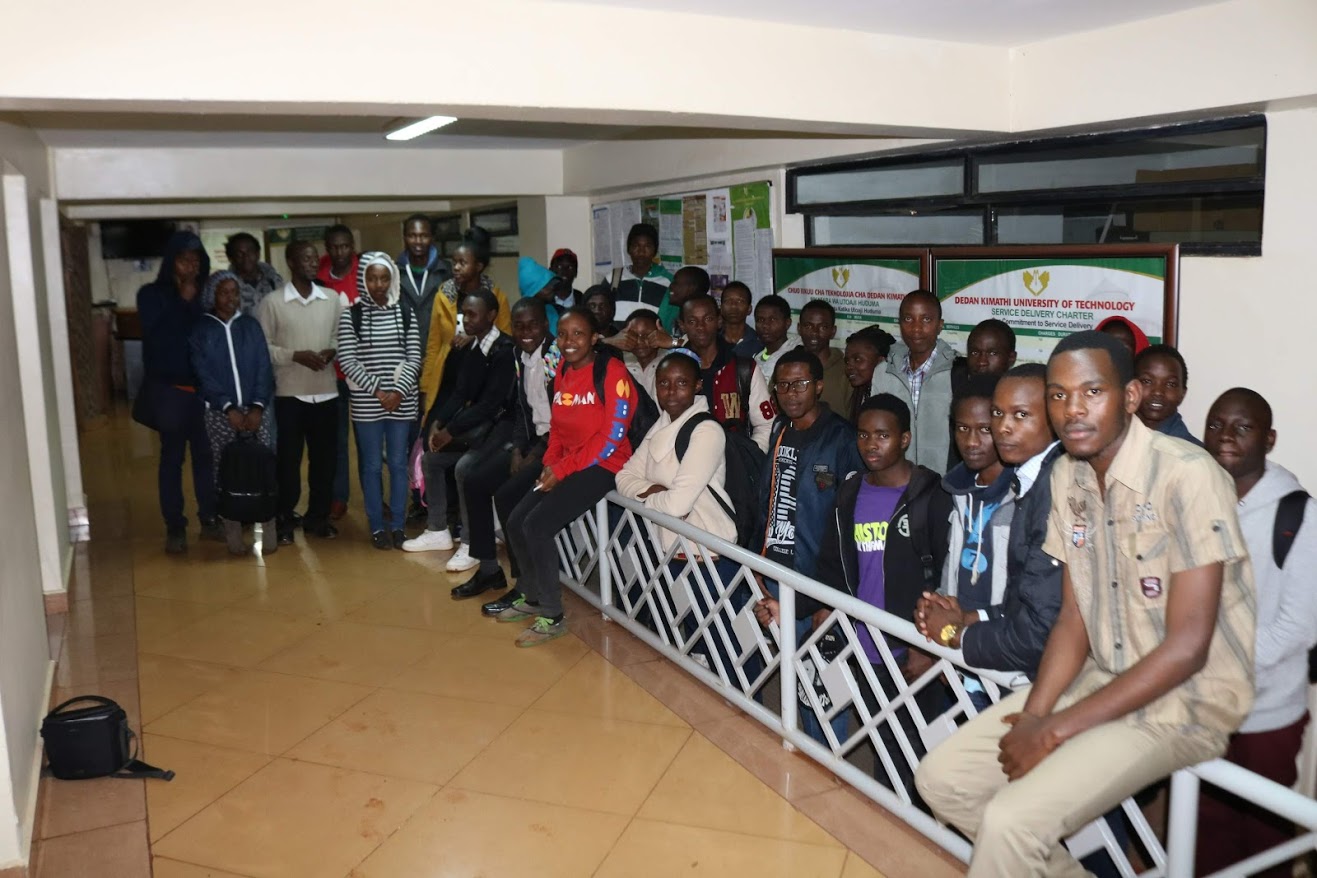 At DeKUT, we continue to ensure that we offer the kind of education that produces relevant human resources and leaders to contribute towards technology development and attainment of national development goals and beyond.