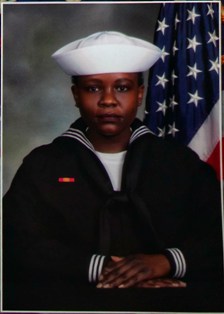 “I always had the desire to be an engineer since High School but I had no idea which field of engineering I wanted to pursue. Mechatronic sounded interesting and therefore I selected it and chose to pursue it at Dedan Kimathi University of Technology (DeKUT). By then, the University was not very well known but I knew it was an affiliate college of Jomo Kenyatta University of Agriculture and Technology (JKUAT) and somehow, this gave me faith in the institution. I was right to make this decision because studying at DeKUT was the best part of my college years. The university provided the resources to become leaders and to innovate, to plan and implement, to learn and unlearn about ourselves by having numerous co-curricular activities that molded us emotionally, intellectually, spiritually, socially, physically and mentally. At the top of the list is, of course, providing sufficient support academically with supportive lecturers and hands-on learning in the laboratories and through fieldwork. In addition, I got a chance to travel to Germany for a student exchange program through the International Association for the Exchange of Students for Technical Experience (IAESTE) courtesy of the University’s collaboration and an internationalization agenda. The exposure to the new language& culture, technology and a new setup was very relevant. While at DeKUT, I also met people from different countries coming into the University through IAESTE, President's Award and Rotaract Club.

The kind of orientation and exposure that I got during my study years at DeKUT highly contributed to a smooth transition into the job market and the skills learned then have always been the backbone of my achievements. I am a proud alumna of the University and I am continuously cheering her on her advancement, growth and tremendous job of molding young Kenyans. I have had family members join the University because they admire my testimony of having the privilege to pursue my degree in DeKUT.” - Anastasia Wangui Kinyua

Wangui is our alumna, graduating class of 2017. She pursued Mechatronic Engineering and a week after her graduation, she got an internship at Synkron International as a Sales Engineer - Intern. She says that she used this internship to learn as much as she could and later on, the company expanded and she was lucky to be employed as a Sales Engineer. During her tenure in this role, Wangui contributed to the sales processes by providing technical requirement assessments and customer solution presentations during sales calls to local and international clients;from Tanzania, Germany, South Africa and Italy. She also coordinated and verified information on purchase orders,coordinated product shipments and successfully coordinated a team to build an online purchase website for customized parts to meet the clients’ needs. In 2018, Wangui moved to United States and got a job in an automotive company - Inalfa Roofing Systems which is the 3rd largest sunroof manufacturer in the world. Here, she started off as an assembler then got promoted to a Quality Technician. As the company’s quality technician, Wanguimonitored and audited sunroof production processes and procedures using control plans, performing FMEA, six sigma application, complete capability and sunroof gage R&R, SPC data collection and documentation. Later, she developed interest in joining the United States Navy and enlisted in November 2020 and successfully graduated in basic training in April 2021. She is a Hospital Corpsman; similar to a Medical Assistant and this will be an introduction to her new career in health.

“Ukionavyaeleajuavimeundwa” is a common Kiswahili saying that means, more or less, that when you see great results it is as a result of the work that has been put into the process to that end. Wangui did not just get to a position many can only dream of out of nowhere. She started off by holding a lot of leadership positions in primary and high school and this, she says, has come a long way in building self-confidence. Further, she says that DeKUT provided a platform for her to be part of IAESTE -KENYA as the exchange coordinator, President's Award DeKUT Chapter Official and a Rotaract pioneer member. She says that all this added up to making her a confident go – getter. ”I owe the University my foundation to being courageous and working towards what I want”- she adds.

Wangui’s inspiration is her family.“I am so close to them and I always believe that as I am out here making it in life, I am representing my family's name. They have continuously provided an amazing support system regardless of my mission and they always celebrate my wins” - she explains. Some of what she considers her milestones are: being in the founding team of IAESTE DeKUT and among the first 9 students to participate in the exchange program to Germany, being a pioneer member of Rotaract Club of DeKUT, being honored as the employee of the year in 2018 at Synkron International, successfully launching a new production line at Inalfa Roof Systems and currently making it to the United States Navy. In general, Wangui says that her greatest achievement has been to accomplish the goals she set for herself, in one way or the other,and managing to overcome the challenges along the way.

This young lady who is full of life and ambition defines herself as a dynamic human being and hence her interests change with time. That said, she points out that she has learnt to accommodate changes that come along with spontaneous decisions like involvement in community service and volunteering, mechanics, engineering business, quality management, health and fitness. As she sets off to pursue her new field in medicine - nuclear medicine, we wish her well.

Wangui, the world is your oyster!