TAKING THE ANIMATION INDUSTRY BY STORM

“I started learning animations online while at Dedan Kimathi University of Technology (DeKUT) and founded Electruxx Animations. I joined the University’s hub - DeHUB which facilitated me and my partners Michael Makau and Sheltone Ochieng to further enhance our skills. To date, we have worked on animations for various companies in different fields like film, gaming, manufacturing, medicine, architecture and music among others. Our clients are mainly from America and Europe. ” – Donald Njeru

Donald graduated in April 2017 with a bachelor’s degree in Electrical and Electronics Engineering. Like many students in DeKUT, he did not spend his years at the University just pursuing his degree programme but investing in his passion using the available resources. “I had Passion for Electronics since Primary School. I wanted to study at DeKUT as I had relatives recommend it as the best Institution – I was not disappointed. While at DeKUT, I started learning animations online using Blender3D which is a free open source animation software since I could not afford other 3D software and joined DeHUB which facilitated my growth, and that of my partners, in various ways” – explains Donald.

In May 2020, the University (DeKUT) launched a Film Hub with the support of the Ministry of Information and Communication Technology and Kenya Film Commission to support the young people (and old alike) like Donald in learning and venturing into the creative industry. Donald was one of those invited to this auspicious occasion to showcase his work. During this occasion, he reminisced: “The support I got here at DeKUT was great. I got all the necessary exposure and mentoring I needed to meet the outside market requirements. With the exposure and networking I got while here, I was able to get clients and venture to the job market with ease. DeKUT facilitated a lot through DeHUB by organizing and facilitating events that exposed us; one of the most memorable and impactful being the Global World Summit in 2015 which Barack Obama attended - we met a lot of people and networked when presenting our animations. What lacked was the equipment for film but that need has now been met for future animators with the launch of the DeKUT Film Hub.” 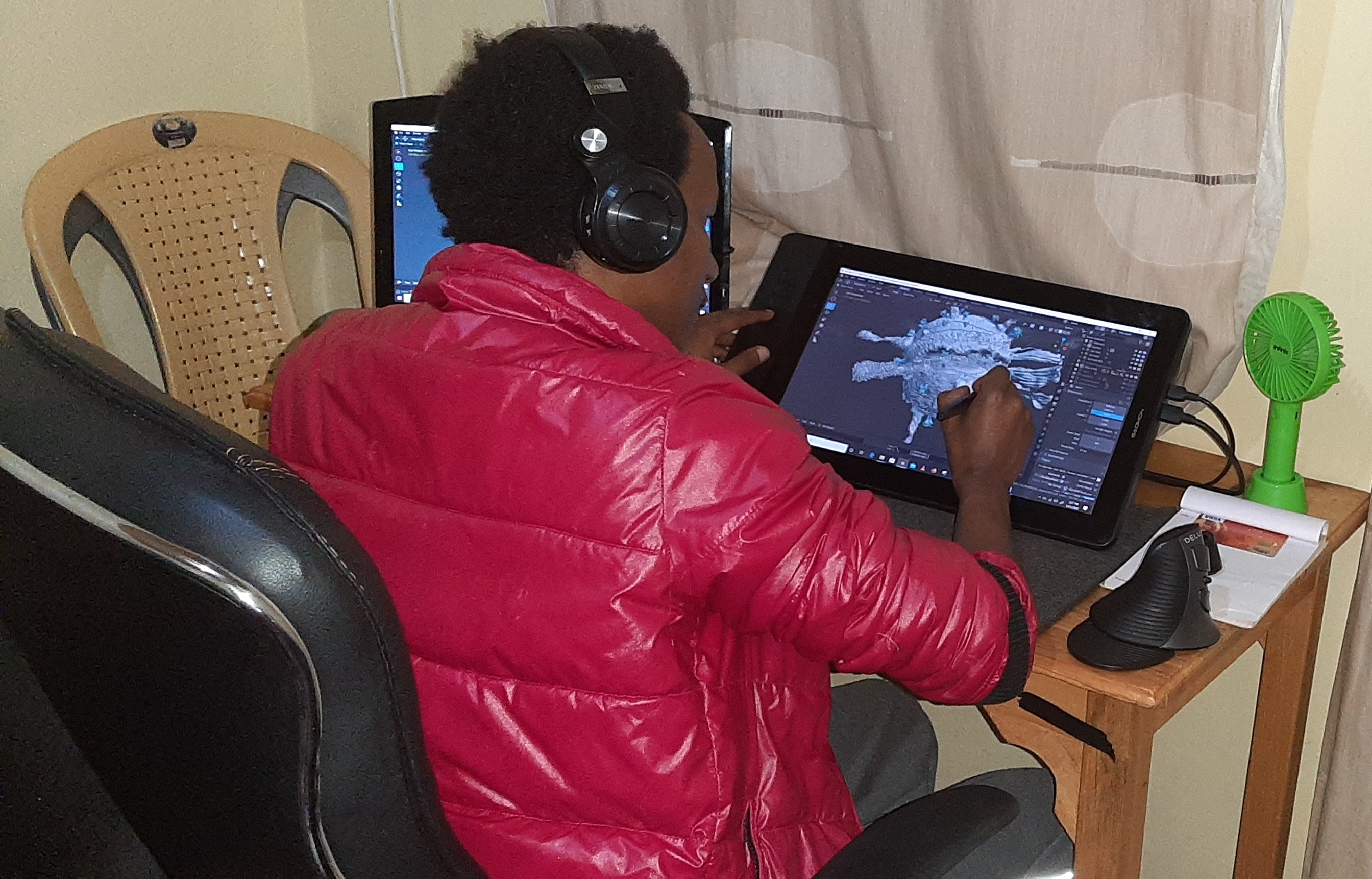 Donald is inspired by film, love for animations and cartoons. He says that he has always wanted to put his story out there in the big screens. He and his partners have come up with a second establishment by the name BlenderAfrica which will deal with animations or projects that are done mostly by African artists and companies using Blender3D which is their native software. He adds that other animation news and tutorials will also feature on the website which is going to be launched in July. Donald is currently working on a short film that will feature in international film festivals. “African animation film content is not exploited. I want to create a pilot episode for cartoon network, adult swim, Netflix or any other network looking for African digital content. With my partners, we want our African short film animations to be on the international market by next year. We are also creating local animation skits for our local TV stations” – he adds. 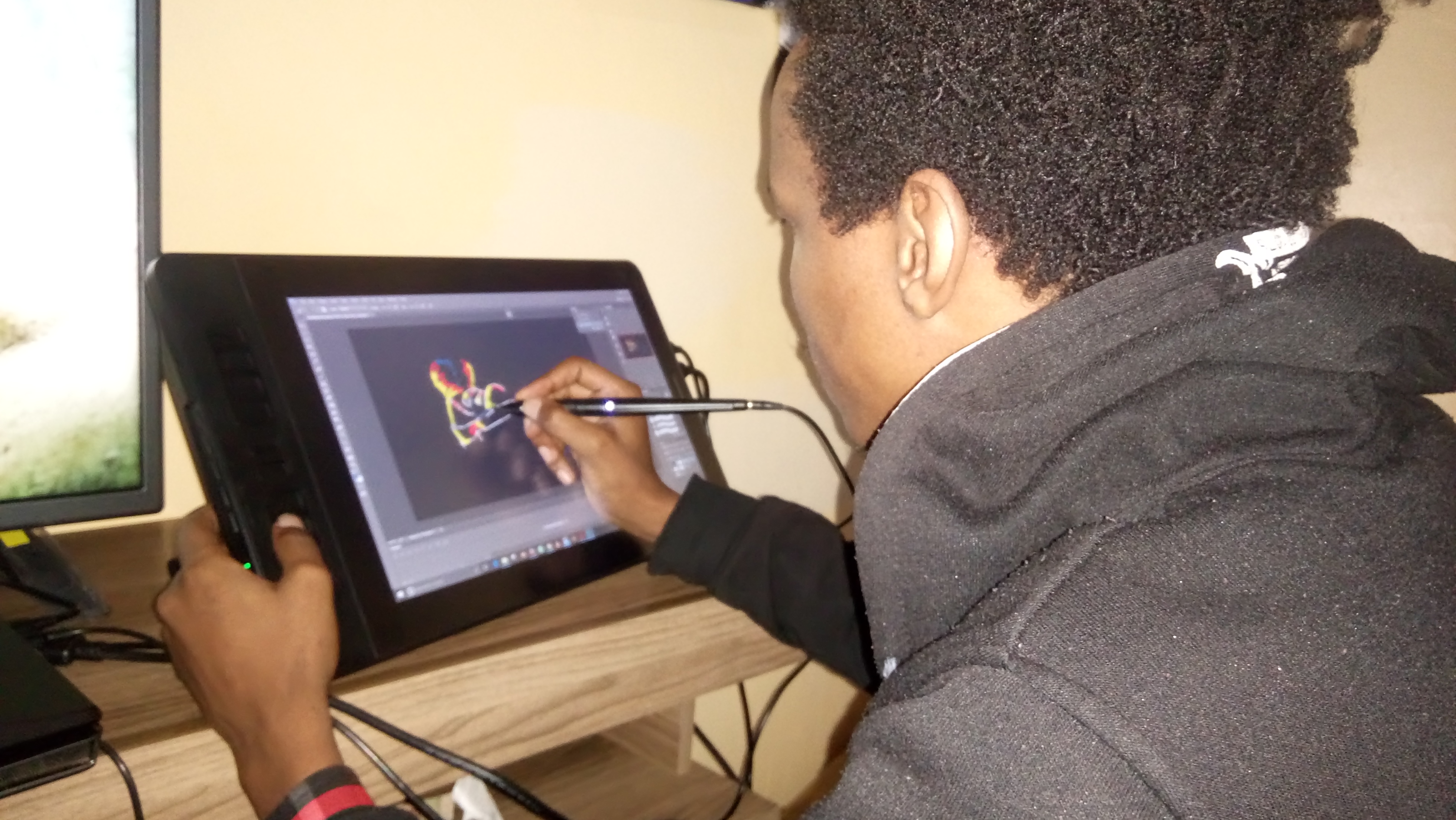 With the establishment of DeKUT Film Hub, we hope to promote the creative industry and support the young people trying to penetrate this industry with the necessary training and infrastructure to successfully venture into the industry.