"I have always been fascinated by Computers and Information Technology since I was young.  During the school holidays, I used to enroll for computer studies at PCEA Kabiruini Computer Training Center. By the time I left Giakaibii Secondary School in Mathira Constituency, Nyeri County, I was already computer literate. This was an achievement given that even some teachers were not proficient in this area; I even got a chance to teach at PCEA Kabiruini Computer Training Center andKiamariga Teachers College before joining University. I knew I had a long way to gothough to gain expertise in this field which is why I applied for an ICT course at Dedan Kimathi University of Technology (DeKUT) owing to the information I had from people that in technology, it was a very wholesome institution; my decision was also informed by the fact that DeKUT is near home. It wasn’t just Information Technology that I ended up learning from this University though as here, I learnt the importance of interacting with other people to solve common problems and create solutions for the society, I learnt how to express myself better and without fear, I found another home where I was inspired and moulded to become the person I am today. The holistic development gainedhere and the continuous development after – a spirit inculcated at DeKUT –is what keeps me grounded” - Nicholas Ndeeri Kinyua

Students join higher institutions of higher learning with expectations but at the same time, not knowing what to expect. Some are clear on their selection and placement to pursue a certain course while others hope that the course works for them and that they can build a career from it. Ndeeri falls in the former category; he was clear on what he wanted to pursue and the stars aligned for him to pursue a Bachelor of Science Degree in Information Technology. After graduating in 2018, Ndeeri got a job at Virtual City - a technological firm that offers mobility solutions to different clients. From Nairobi, the firm posted himto Nyeri Town Branch as an ICT Manager. However, he was laid off with several others in March 2020 after Covid - 19 invaded the world leading to numerous losses of jobs. He tried a hand in farming, which he found to be interesting but not his niche. After many frustrations in the sector, Ndeeri says that he“bit the bullet” and started Chance Computer School and Cyber Services in Kiamariga, a small township in Mathira West in October 2020 where he started with only 4 students and is now training over 50 students.

Milton Berle said that if opportunity doesn’t knock, build a door. How Ndeeri started Chance Computer School & Cyber Services is a perfect example of building a door. He looked around him (his village) and realized that there were many high school graduates and college dropouts in the area. As they waited to join college, university or get jobs, some were involved in manual jobs they did not like while others were idling and getting into different vices. Ndeeri thought he might offer them a viable option in the form of a computer school. Meanwhile, the school would also serve as a cyber café and secretarial bureau to cushion him in case the school idea did not work out. With the little money he had saved from his farming venture, he sought out some suitable and affordable premises and did a lot of advertising and opened the school in October 2020. At the school, Ndeeri trains beginners in basic computer studies and helps graduates advance their knowledge; he is looking to start teaching computer programming courses such as HTML, CSS, JavaScript, Java, C++, Python, Mobile App development among others. He also intends to introduce a course in video editing and animation programs. On the cyber side of the business, Ndeeri offers services such as providing internet, printing, typesetting, graphics design, software installation and customization, mobile apps troubleshooting and other services offered at secretarial bureaus such as typing and photocopying.While running the school, he has not forgotten his farming venture; he is working to incorporate ICT solutions by creating AZURE mobile apps that will help farmers improve productivity and reduce fraud across the agro-chain, especially in the coffee and tea production, which are the main cash crops in the region.

Learning ICT before completing high school, completing high school and getting employed in the sector without a degree in 2013, graduating with an ICT degree from DeKUT in 2018, getting employed at Virtual City immediately after graduation, farming cabbages and french beans after being laid off in 2020 and making money from the harvests are some of what Ndeeri considers his milestones in life this far. However, starting Chance Computer College and Cyber Services remains his greatest. Inspired to be part of the ICT revolution and also to be a pioneer in ICT training, first in his home area (where ICT was virtually unknown) before diversifying elsewhere, Ndeeri holds his vision of a global village where ICT will be vital in almost all fields of work and living. To him, he is simply doing his part to equip as many members of his community as possible with ICT knowledge in order to be equally competitive in the world. In addition to this inspiration,Ndeeri points out that he is motivated by various personalities who have mentored him along the way, through education and wisdom: his lecturers at DeKUT Mr. Patrick Ndung’u, who always told him to strive and “do the right thing, the right way” and Mr. Anthony Maina, who taught him that he can achieve whatever he sets his mind to if he believes in himself; Prof. Ndirangu Kioni, DeKUT Vice Chancellor and the Virtual City CEO John Waibochi, who put so much trust in him despite his age. He also appreciates Mrs. Marion Mathenge, his first computer studiesinstructor at PCEA Kabiruini Computer Training Centre who started him off, as well as his parents and his church minister, Rev. Peter Mwikumi who is his spiritual advisor. 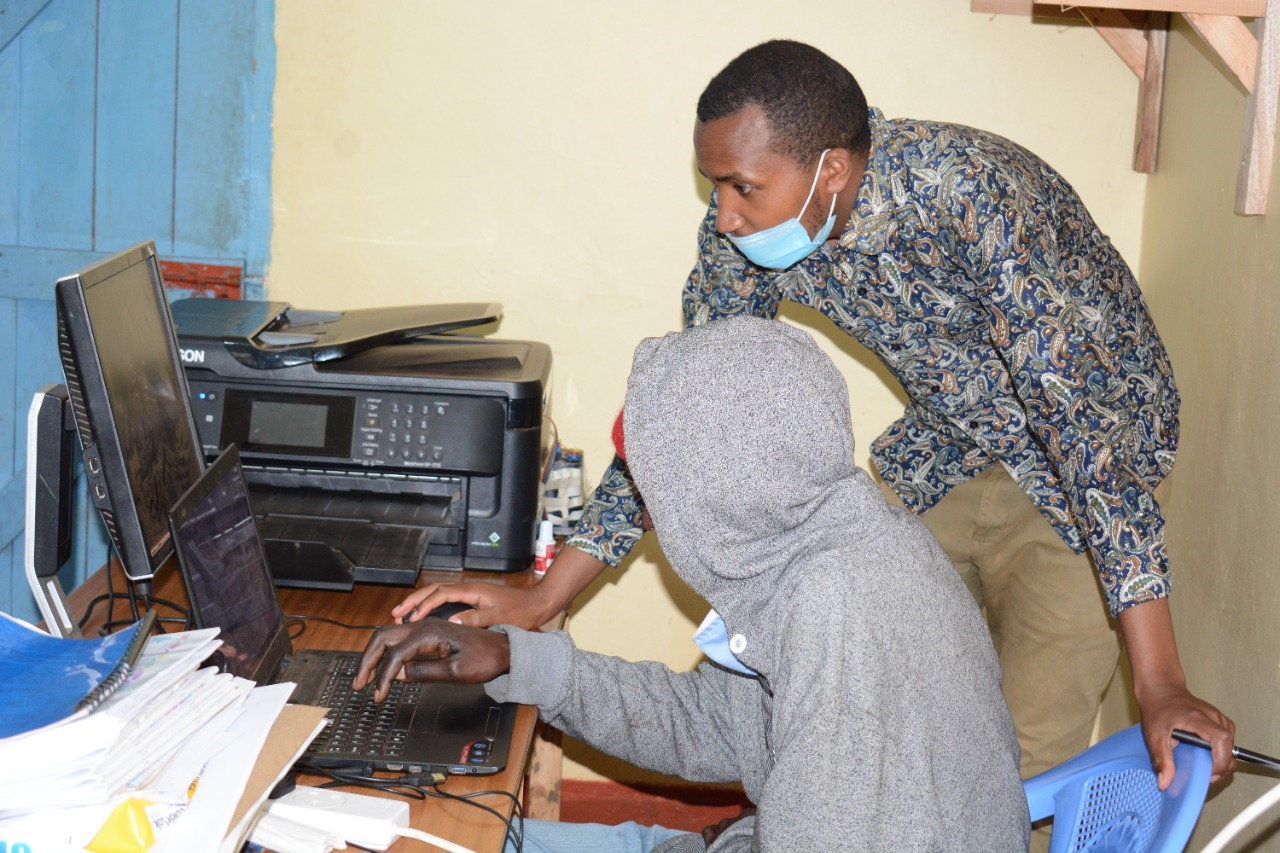 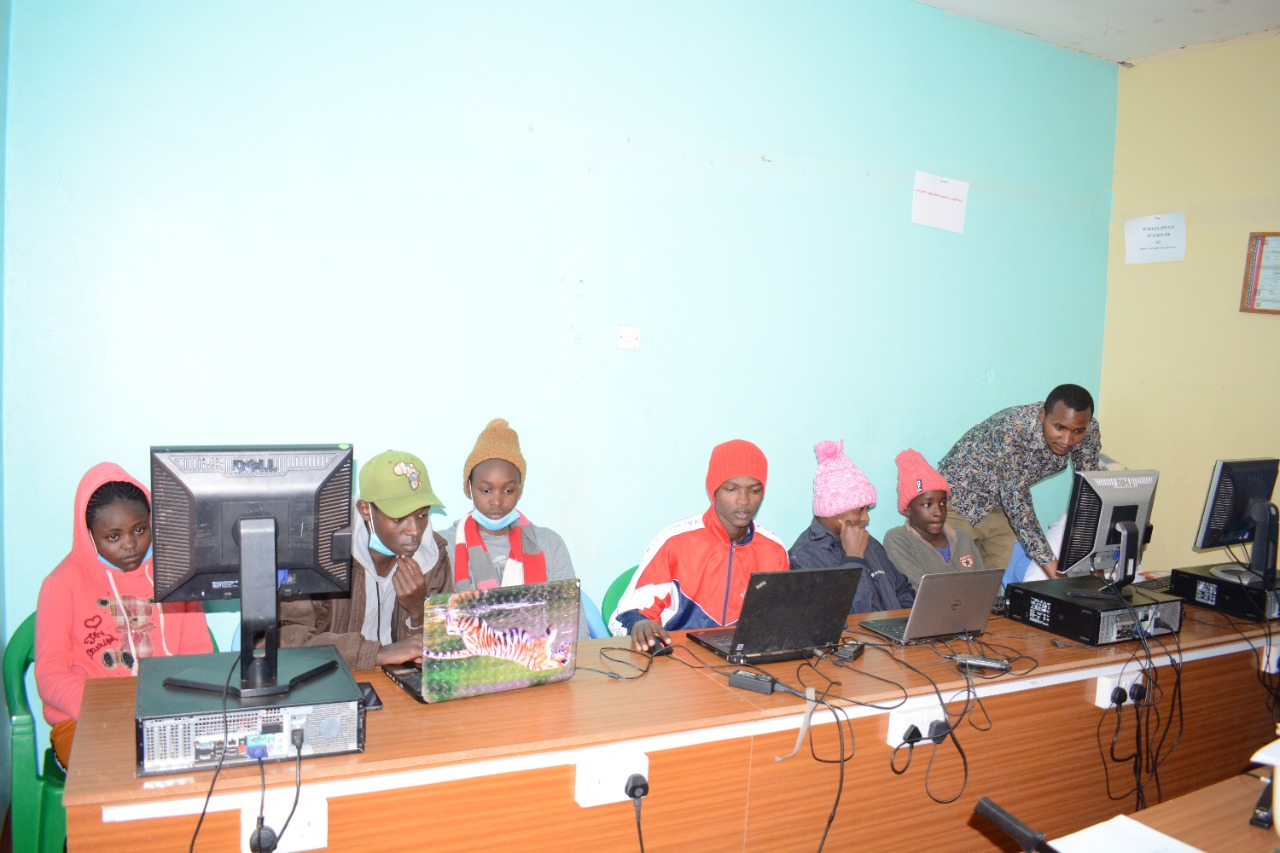 Ndeeri is a youth leader in PCEA Ruguru Parish charged with the mandate to link up with the youth, consult with them and generally link them with other age demographics in the society for mentorship. He says that he enjoys this leadership and mentorship role and is grateful to DeKUT for her contribution in the formation of this personality. When he is not teaching at his college, he engages in a bit of farming and charitable work with youth groups and serving in the church. He looks forward to owning his own premises so that he can expand the school to a full Computer Technology College offering basic and advanced courses, thus attracting more students from different corners of Kenya and employing ICT experts. He is also looking into ways of collaborating with ICT experts fromhis alma mater, here at DeKUT, in order to work for mutual benefit and for the society. After all, DeKUT’s motto is “Better Life through Technology.”