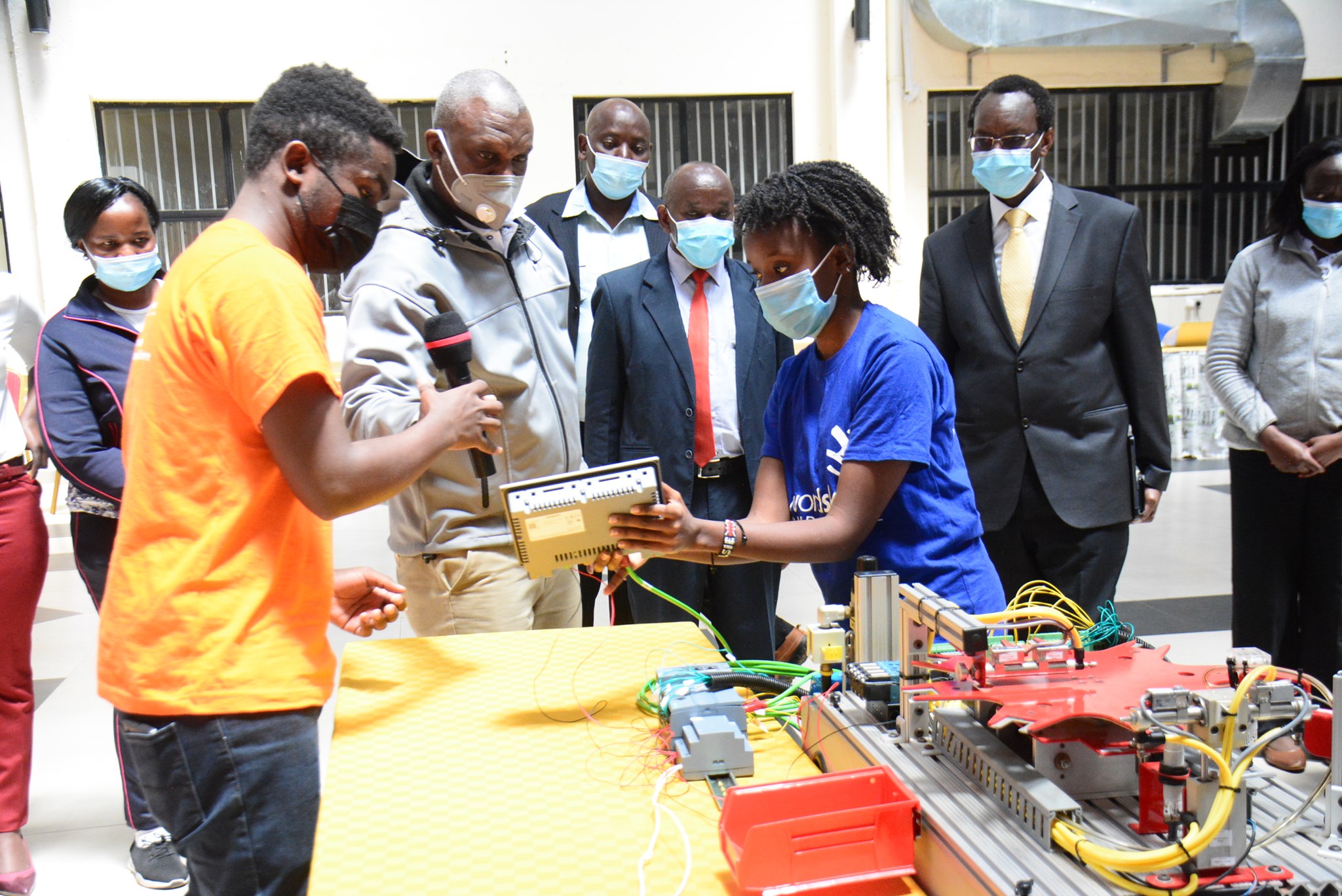 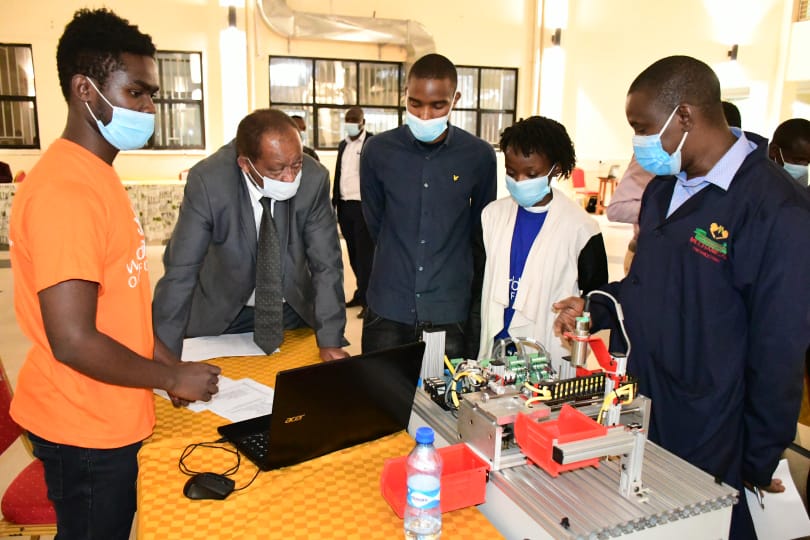 Dedan Kimathi University of Technology (DeKUT), as one of the TVET institutions approved by the Ministry of Education, Science and Technology, was tasked by Technical and Vocational Education and Training (TVETA) to organize WSK in Mechatronics. This was engineered by Prof. Eng. Jean BoscoByiringiro (Ph.D., Reg. Eng.) by preparing excellent competitors at DeKUT Siemens Mechatronics Certification Centre. After 15 days of training, the competition’s opening ceremony officially took place on Monday 23rd August, 2021. The  Deputy Vice Chancellor, Prof. Esther Magiri, WorldSkills Kenya Delegate, Prof. E. OkothOgur, Director General TVETA, Dr. Kipkirui Langat, among others were present to officiate and officially declare the competition on.

"This pilot exercise will enable WorldSkills Kenya (WSK) to enhance the country's national competition frameworks in preparation for the competition.I congratulate all the teams that took part in the competition. You have worked hard to reach here. The competition was not just about winning but rather to evaluate yourself and determine what you need to do to get to the next level" -stated the Vice Chancellor, Prof. NdiranguKioni, during the closing ceremony.He added that Kenya joining the WorldSkills Competition will give the young people an opportunity to compete with the rest at a global stage.

We were honored to host this first of its kind competition in Kenya.

Congratulations to all the contestants and the winners.

Launch of the Machine Building Division of Semiconductor Technologies Limited